Personal Interview (Counts for 50% of competition)
This is a very important event!  This is the first opportunity the judges have to visit with you and know you on a personal basis.  Treat this as you would a professional business interview.  You will interview with each judge individually.  The judges will have a copy of your biography to assist them in asking you questions.
Swimsuit (Counts for 25% of competition)
Mrs. America Inc. feels it is vitally important for married women to be physically fit.  Because of this we include the swimsuit competition.  Please select a one-piece suit, solid in color and in good taste (not necessarily the latest fashion).    You should wear a high heel that you can walk easily in that matches your leg – either taupe or clear.  The Physical Fitness award is given for the woman who is most physically fit.
Evening Gown (Counts for 25% of competition)
The evening gown competition is a very glamorous event.  Please select a full-length gown in the color and style of your choice.  The evening gown award is given for the woman who carries herself the best in evening gown.

These awards do not count toward contestant total score.

Patty Steele Woman of Achievement (Special Award)
This is a very special award given by the judges to one contestant each year for her lifetime of achievements and contributions she's made throughout her lifetime.

In Remembrance of Patty Steele

The Mrs. Nebraska Pageant presents a special Woman of Achievement Award every year to a contestant that has made an outstanding contribution to her family, her church, her community, or her career. This award was renamed in 1999 in honor of a very special woman, who was not a Mrs. Nebraska titleholder. Patty Jo Steele lost her battle to breast cancer in December of 2000, after conquering it four previous times.

She was as inspirational woman. She was married to Joseph for 27 years and has four children and four grandchildren. She touched the hearts of many people. Patty was a passionate advocate in the fight against Breast Cancer. She was an American Cancer Society volunteer since 1992 and also a Board Member. She planned and facilitated numerous breast cancer survivor events, including Cancer Survivor’s day that has taken place for the past five years.

We first met Patty when Tosca Phillips founded the Mrs. Nebraska Golf tournament at Quarry Oaks in 1997. The proceeds from this golf tournament went to breast cancer awareness, and together with Patty’s assistance, Tosca raised over $8,000 from that tournament. Patty was a pillar in the State of Nebraska. She had such positive influence on her community, her family, her church, social organizations and charities. Patty’s daughter, Wendy Hart, continues to carry out her mothers mission by working for the American Cancer Society, in Lincoln. Several of the Mrs. Nebraska titleholders honor Patty’s work and memory also to carry out Patty’s mission of Breast Cancer Awareness. We loved her, and miss her very much! She is a queen in our hearts!

Mrs. Photogenic (Special Award)
This award is not judged by the regular judges’ panel, but by a separate, prominent Nebraska photographer.  To enter, contestants must appear in at least a 1/4-page ad in the program book.  These ads may be purchased by the contestant herself, or by one of her sponsors.  This competition is completely optional and has no bearing on the overall competition.
Congeniality (Special Award)
This is a traditional award voted on solely by the contestants and awarded to that contestant who most displayed that spirit of warmth and camaraderie to her fellow contestants.
Jan Wilcoxen Local Title Service Award (Special Award)

This award is presented to the contestant who has upheld the standards and image of the Mrs. Nebraska Pageant through the most use of her local title via appearances throughout her community.

Since 1999 the Mrs. Nebraska Organization has awarded one local titleholder an award for her outstanding achievements and involvement made during her reign to her platform, her community and her church. This year the local titleholder’s award has been renamed the “Jan Wilcoxen Local Titleholder Award” as a tribute to Janice Wilcoxen.

Janice Wilcoxen was the Executive Director of the Mrs. Nebraska Pageant for 17 years. In 1999, she handpicked three of her former Mrs. Nebraska’s (Terri Krolikowski, Deb Essex, and Tosca Phillips) to carry on her duties, and continue the tradition of promoting positive marriages and family. Prior to being the Executive Director, she was an Assistant Director to Bernice Johnson. Jan also was the Executive Director for the Mrs. Kansas Pageant for 5 years, and an assistant to the Mrs. Iowa Pageant for 2 years. She also directed local preliminaries to the Miss Nebraska America Pageant for several years. Jan has been married to Paul (Ozzie) Wilcoxen for 45 1/2 years. Together they have owned Lee’s Chicken, in Lincoln, for 35 1/2 years, which is famous for its “Southern Fried Chicken”.

Jan and Oz have one daughter, Michelle, who is married to Dennis Kann and they have six children; five handsome sons and one beautiful princess, who also live in Lincoln and help run the family business. In addition, Jan and Oz had a daughter, Millicent, who passed away in 1999.
Jan’s community involvement included being a past president of the Lincoln Symphony Guild, as well as a past president of the Lincoln Restaurant Association. Furthermore, she was a past board member of the Nebraska Restaurant Association.
Jan’s favorite hobbies include watching and judging pageants, working in her flowerbeds, and spending time with her grandchildren.
We salute and honor Janice Wilcoxen by renaming the 2005 Local Titleholder Award the “Jan Wilcoxen Local Titleholder Award”. 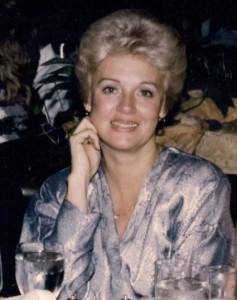 Director's Choice Award (Special Award)
This award is chosen by the director and is awarded to a local titleholder who has made a postive impression on the director by reaching her goals and/or excelling in her personal growth during the year.
Scrapbook Award
This award is given for the most creative scrapbook and design layout of a local titleholder’s appearances that’s she’s made during her year.
Ad Sales Award
This award is given to the local titleholder who has generated the most sponsorships through ad sales.
Spirit Award (Special Award)
For their tireless efforts, Pageantry magazine is proud to bestow the Pageantry Magazine Spirit Award upon these deserving individuals. Pageantry magazine is honored to recognize the outstanding and deserving individuals who, by their generous actions, represent the true spirit of our industry. Through their unquestionable deeds, these select persons strive to promote the noble causes and personal growth opportunities which the pageant, fashion, talent and modeling industries have to offer. 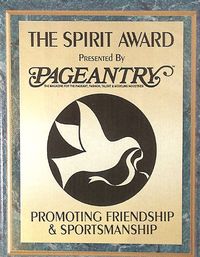 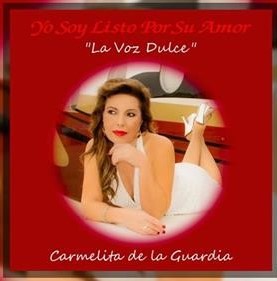 Volunteer/Sponsor of the Year Award (Special Award)
The Mrs. Nebraska Executive Board is comprised solely of volunteers. Many hours are spent year round putting together the production of the pageant. These fine individuals work tirelessly to make the organization successful. This award is presented to someone who has gone above and beyond using his/her time and talent to promote Mrs. Nebraska.
People's Choice Award
This award is presented to the local titleholder chosen by “the people” attending the pageant. The winner of this event splits the overall proceeds in half with a local charity of the Director’s choice.
Entourage Award
The Entourage Award is given to the contestant who has the largest audience following at the pageant.
Leadership Award
The Leadership Award was renamed and used to be called the Director’s Choice Award.

This award is presented to the contestant showing strong leadership throughout the pageant weekend!

Marriage Longevity Award
The marriage longevity award given to the contestant who has been married the longest.