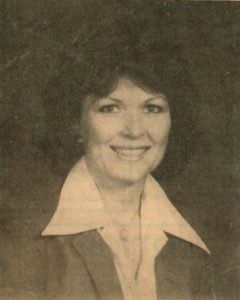 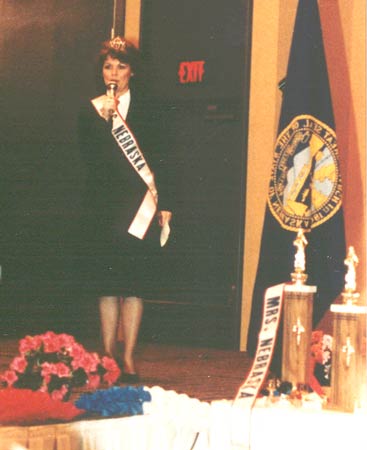 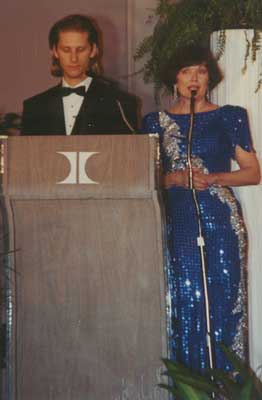 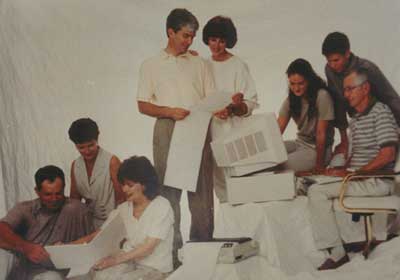 Bonnie is married to Howard who is a division manager for Ogallala Electronics. She has been a resident of Ogallala for 27 years and is the mother of two children: a son, Mark, lives in Palo Alto CA, and a daughter, Jill (Mrs. Michael Allemandi) who resides in Loomis WA . Bonnie also has one grandchild.

Bonnie is director of the Ogallala Regional Arts Council program and served as Arts Council program director in 1981.   She is a past matron of the Order of Eastern Star, served on the Women’s Division of the Chamber of Commerce, the Nebraska Press Women and has been active in church work.  For years, she was the superintendent of the Sunday School at the Congregational Church and currently is a trustee o f the Methodist Church.  She has been past president of her church circle.

Contest activities included interviews in the morning, a luncheon and style show at the Atrium, a banquet and the pageant.

The Mrs. America Pageant strives to reflect the views, aspirations and versatility of the contemporary married woman and attempts to select a candidates who best represents the ideals and qualities of the modern American wife.

The Mrs. America Pageant will be held in Las Vegas on May 7th.