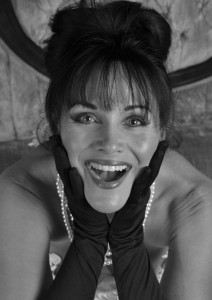 Joni Nathanson is a brilliant, world class singer. Her incredible stage presence is rooted in the authentic jewel of a woman she is.  As Mrs. Nebraska 1989 she performed all  across Nebraska at various events and fundraisers.

Joni’s list of achievements include: Standing Ovation Academy as the Owner and  Pageant Coach facilitating on stage presence, confidence building, performance enhancement, and interview specialist.  Four of the five women she coached in the 2017 Mrs.  International Pageant made Top 15 and two of them went on to make the Top 5. Her website is www.standingoacademy.com.

Joni is also a two time Grammy Award Nominee Female Inspirational Artist and Song of the Year (Jesus Never Fails). Her performances have included the Carolina Opry and Charleston Music Hall as the Headliner Vocalist and Comedian. She has performed in the Broadway Revue called “Serenade”. Joni was  the Headline Act through the Don Casino Production Agency.  In addition, she has performed hundreds of shows around the world in her One-Woman show called “Here’s To The Diva’s as the Creator and Producer. She is  a  Nashville Studio Artist as a demo vocalist for various nationally known song writers and demo recordings artists such as  Shania Twain, Reba McIntyre, LeAnn Rimes to name a few.

Joni has two children Jared and Andrea, and is the grandmother of two.  She and husband, Steve, currently reside in Florida. In her spare time Joni loves horseback riding.