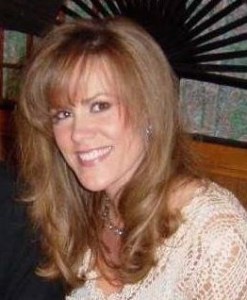 It is often not “what” you know but “who” you know that bestows you with awesome opportunities. It is rare for a child to start a modeling career at the tender age of 3, but that is exactly what happened for Ann, who started her modeling career with Hovland Swanson when she was just 3 years old. A possibility presented itself for Ann to accompany her older siblings in various modeling events for the upscale Lincoln department store, because they were on the Hovland Swanson fashion board.
In her teen years, Ann modeled wedding apparel, followed by wedding gowns, for the Miller and Paine Department store. She was afforded this opportunity because her close friend’s older sister managed the bridal department. She also modeled for Sassi’s Bridal, along with several other bridal shops, until the pregnancy of her son wouldn’t allow her to continue any longer. Ann says she was given these opportunities because she “fit the dress” meaning her body type and measurements were the perfect size to model the sample dresses; meaning no alterations were required. Ann’s modeling portfolio also includes print work for Ben Simon’s after being approached by the store owner.
Ann’s background also includes the field of fitness and nutrition. She was an assistant nutritionist at UNL under David Ellis for a period of time. Ann participated in several fitness competitions; coming in second on each occasion. In 1992, she competed in a local Ms. Hawaiian Tropic contest held in Lincoln, via herhusband’s encouragement. She won the local contest and advanced to the international competition.She also participated in the Ms. Venus contest in both Omaha and South Dakota, also winning both of those competitions and advancing to that international competition. She was selected to be of thedancers for the opening numbers. In 1994, Ann again competed in the Omaha and South Dakota Venus Contests; winning both of those competitions again that year, and advancing to the international competition where she was a finalist.
At the urging of a business acquaintance, Ann was encouraged to enter the Mrs. Nebraska Pageant, andwas crowned Mrs. Nebraska America 1992. Her platform was literacy. “I found the ability to visit schoolsand assist in the classrooms. It was a time I cherished so much, that I continued doing this for manyyears. To this day, I find that taking part in the learning process of a youngster is one of the most rewarding events I have ever experienced!”  Since the arrival of her granddaughter Ann says, “it is no shock that my granddaughter has been the recipient of many books and visits to the library; she has a love of books and learning too.”
Ann continues her career as an office manager for a local law office where she has worked for 14 years.She is passionate about giving back to her community through volunteering, but due to her heavyworkload has not had the time to do so. Ann’s desire is to assist her friend, Lori Hampton-Chair of theAlzheimer’s Association by volunteering for this cause, as it is near and dear to heart.  In 1999, Ann’shero, and the sweetest person she has been blessed to know (her mom) was mentally stolen from her,and her family, by the Alzheimer’s disease. Even though her mom has not known Ann since 2008, hermom continues to greet her with a loving, caring, and beautiful smile whenever Ann visits.
In return, Ann reciprocates the kind gesture by letting her mom know, “that she is the most wonderfulmommy in the entire world!”
Ann has experienced her share of loss, but her faith keeps her resilient.  “I’ve held strong to the Lord’sWORD.  Through all of the tough times we may face, the Lord is ALWAYS with us. He has provided me,and my family, a WONDERFUL blessing-my little granddaughter-Korabeth! She continues to be thesunshine in all my days!”  Ann cherishes every visit she has with her parents; every moment spent with her children, Scott and Michele, by letting them know how very proud she is of them; and playing,teaching, and dancing with her beautiful little granddaughter-Korabeth.