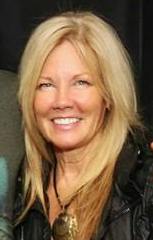 Kim is no stranger to pageants. Her first pageant experience was winning the Venus-Cover Girl competition, where she advanced to the national pageant held in Clearwater, FL. Her second pageant competition was in 1992, at the Mrs. Nebraska United States Pageant placing as 1st runner up. The following year Kim competed in the Mrs. Nebraska America pageant and won. Kim states with pride, “My husband is my biggest fan!!! He was the one that encouraged me to enter my first competition as Venus-Cover Girl. I won! So surprised and excited! My year as Mrs. Nebraska was so exciting, busy and so rewarding not only for me, but also my family.” Kim’s most memorable appearance as Mrs. Nebraska was her involvement with the Special Olympics. “The Special Olympics events really have a special place with me! For those three days I met wonderful, joyful, energizing, phenomenal new friends!”

Since winning the title as Mrs. Nebraska 1993, Kim has remained active as a wife, mother, grandmother, and career woman. She is a health and fitness coach for Life-time Athletic Clubs where she has been in the health and fitness industry for 30 years, from owning one of the first fitness centers for children, to teaching group classes in fitness, to her current position as a membership adviser. Kim states, “I love making a difference and changing lives.” Two years ago Kim and her husband, Gale, relocated from Omaha NE to Las Vegas NV, upon Gale’s retirement, where she opened a new Lifetime Athletic Club. Gale now focuses on his love of golf. Kim’s parents have lived in Vegas for the past 18 years, so Kim and Gale’s transition to Vegas was a very positive one, allowing them to live closer to each other.

Kim and Gale have been happily married for 23 years and they have four grown children; two girls and two boys. “All four of my children are grown, on their own, and doing great! I’m so proud of each of them!” Her children are spread out in different regions. Tanner, Kim’s grandson, is a very large part of her heart! “He is so special, smart, talented and yes is a handsome, handsome young man.