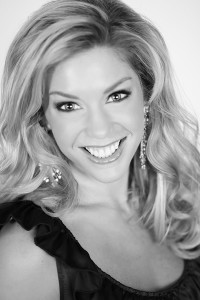 Andrea is an advocate for the hearing impaired. After suffering progressive hearing loss beginning in her teens, Andrea was fortunate enough to be selected for a clinical trial for a new type of middle ear hearing implant. The device has been hugely successful for her and restored the majority of her hearing. She has volunteered for many organizations and activities aimed at increasing awareness of hearing issues from hearing protection to encouragement to seek treatment for hearing deficiencies.

She regularly volunteers at Boys Town National Research Hospital, which is well-known for its work with children’s hearing care. In addition, she also devotes her time as a spokesperson for the Susan G. Komen Foundation’s Nebraska chapter and as a fundraising volunteer with the American Heart Association. Andrea holds a Bachelor’s Degree from the University of Nebraska Omaha and is a licensed real estate agent. She has three children and resides in Elkhorn.